How a Full Size pays to cross the Atlantic ... 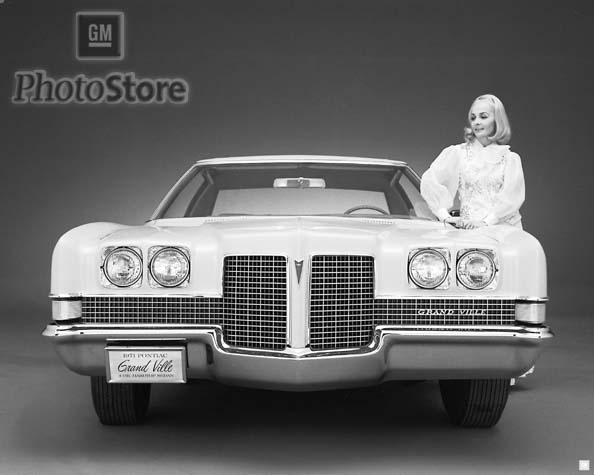 A rare vehicle in Europe and more in our skies.

In recent years in an American family, the owner of a Pontiac Grand Ville, decided to put on sale, first in its region and finding no buyer, he put his ad on a website on Collector Car Ads in 2010..

On the other side of the ocean, near Paris HervÃ© Bernardin, a passionate look at the ads and came across this beautiful model, view photos it will flash maker. The motto of Herve not wait for his life to his passion ... !

After many emails and pictures to describe the condition of the vehicle, exchanged over the ocean in late August clicking the left button of the mouse on the appropriate box, and here begins the adventure! Mid-September 2010, transportation to the port of NEW YORK, time to find the right container and set some paperwork in early November loading on the boat and then it is the crossing of the Atlantic Ocean towards east to Europe.

Ten days later, she arrived in Belgium, Zeebrugge, where they wait to be repatriated to his final destination, but the vagaries of the weather will delay the end of the trip in mid-December, the following happens in France in Paris, far from Michigan, she left three months earlier. His arrival on the old continent, has been eagerly awaited, and the secret, well kept until the end, could finally be revealed, friends and members of his new family.

The state of the vehicle described in the emails and saw the pictures corresponds to that found on arrival, not only the seller did not lie, but he remained a courtesy and kindness remarkable, a big thank to him.

The Pontiac Grand Ville and in the background the castle of Vincennes. 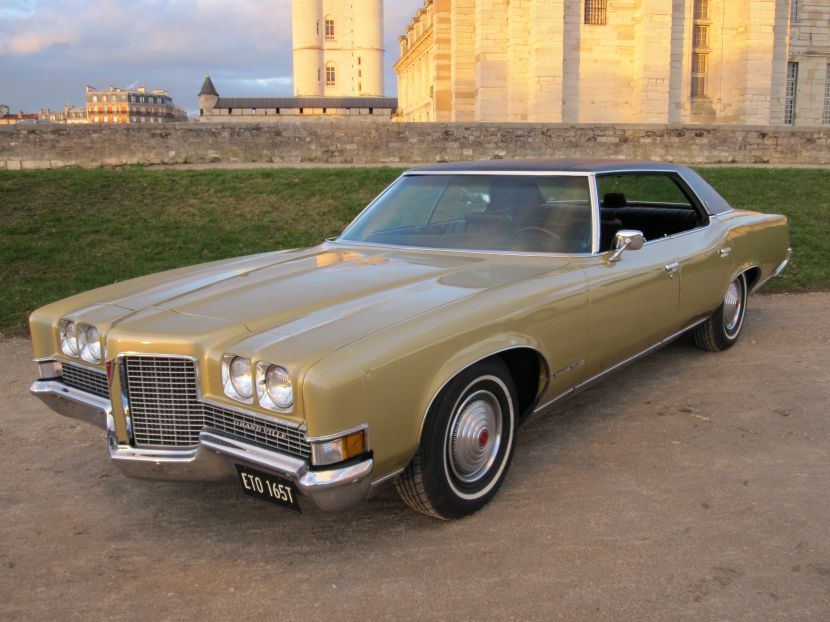 Pontiac is a brand known to fans of American, Firebird, Trans-Am, GTO and other Le Mans and Grand Prix, the vast majority of these are sports two-door sedan coach that can be seen on our roads and in car rallies American sedans some type, or Good Catalina City, and 2 or 3 convertible Grand City in 1974 or 1975.

Even more rare on our roads because they are not officially imported to France at the time, the Grand Ville 4-door hardtop came headed range of sedans and Pontiac in 1971 until 1975 when production was stopped leaving the Good City resume its place at the top end.

Thousand nine hundred and seventy the first oil shock has not yet occurred and the standard engine mounted in the Grand City is the 455ci V8, 400ci is available in option after 1973 it will be the reverse, coupled with a TH400 automatic transmission with three reports. Making part of the GM group, the base is identical to the other vehicles in the same year and trim level offered space in a segment equivalent to an Oldsmobile 98, Buick Electra Cadillac De Ville or In other words, rather upscale.

The U.S. production 1971 Pontiac Grand Ville 4-door hardtop is 30,524 copies, which is very little compared to the 765,033 copies of the Chevrolet Caprice in the same year.